100 Most Inspiring Leadership Quotes to Motivate Yourself

Leading a team of people is not easy by any means. You will be confronted with daily problems and issues from team members. Such situations are not unique. But they tend to test your leadership skills.

The next time you have to tackle tricky issues from team members of lose confidence, read any of these most inspiring leadership quotes. Reflect over these quotes: you will come across several solutions and answers. 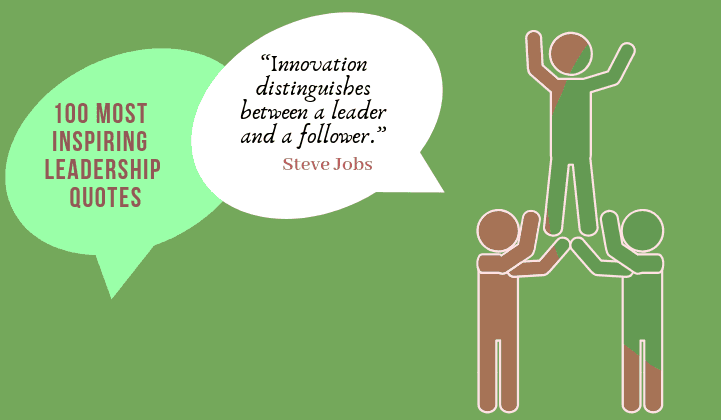 “To be a leader, you have got to lead human beings with affection.”– JRD Tata.

“Don’t tell people how to do things. Tell them what to do and let them surprise you with their results.” – General George S.

“If you tell people where to go but not how to get there, you will be amazed by the results.”– General George S. Patton.

“Never give an order that can’t be obeyed.”– General Douglas MacArthur.

“It is amazing what you can accomplish if you do not care who gets the credit.”– Harry S. Truman, US President.

“Always in moments of extreme danger, things can be done which had previously been thought as impossible.” – Field Marshal Erwin Rommel.

“Don’t fight a battle if you do not gain anything by winning.”– Field Marshal Erwin Rommel.

“Identify your problems. But give your power and energy to solutions.”– Anthony Robbins.

“Seek first to understand, then to be understood.”– Dr. Stephen R. Covey.

“When you show deep empathy toward others, their defensive energy goes down, and positive energy replaces it. That’s when you can get more creative in solving problems.” – Dr. Stephen R. Covey.

“You can’t be a great leader unless you generally like people.” – Sir. Richard Branson.

“Train people well enough so they can leave. Treat them well enough they don’t want to.” – Sir. Richard Branson.

“Respect is how you treat everyone. Not just those you want to impress.”– Sir. Richard Branson.

“The most powerful leadership tool you have is your own example.” – John Wooden.

“Leadership is not about titles, positions or flowcharts. It is about one life influencing other.” – John C. Maxwell.

“Better to have a hole in your team than an asshole.”– Sir. Richard Branson.

“Innovation distinguishes between a leader and a follower.”– Steve Jobs.

“As a leader you should never complain.” – Jack Ma.

“You need the right people with you, not the best people.”– Jack Ma.

“A leader should be a visionary and have more foresight than an employee.” – Jack Ma.

“I don’t believe in taking the right decisions. I take decisions and make them right.”– Ratan Tata.

“As we look into the next century, leaders will be those who empower others.”– Bill Gates.

“If you can’t tolerate critics, don’t do anything new or interesting.”– Jeff Bezos.

“Leadership is not a title. It is a behavior.” – Robin Sharma.

“Leadership means setting an example. When you find yourself in a position of leadership, people will follow your every move.”– Lee Iacocca.

“Management is nothing more than motivating people.”– Lee Iacocca.

“A great man is different than an eminent one. In that, he is ready to be a servant of the society.”– Dr. Babasaheb Ramji Ambedkar.

“True leaders inspire us to be bigger and do things we are afraid of doing.”– Robert Kiyosaki.

“To really lead is to grow more leaders. And to shine a light on people’s gifts and talents.”– Robin Sharma.

“A leader accepts responsibility when things go wrong and praises the team when they succeed.”– Robert Kiyosaki.

“The essence of leadership is being able to see the iceberg even before it hits the Titanic.”– Ariana Huffington.

“The best leaders have a high consideration factor. They really care about their people,”– Brian Tracy.

“A leader is the one who knows the way, goes the way and shows the way.”– John C. Maxwell.

“If a leader engages in a sinful activity-that becomes a standard. If he’s strict, that becomes the standard.”– Radhanath Swami.

“We are not here for any positions, but for a responsibility.”– Narendra Modi.

“Leadership is an achievement of trust.”– Peter F. Drucker.

“The task of leadership is to create an alignment of strengths- making a system’s weaknesses irrelevant.”– Peter F. Drucker.

“Most people think of leadership as a position and therefore don’t see themselves as leaders.”– Dr. Stephen R. Covey.

“Leadership is communicating other’s worth and potential so clearly that they are inspired to see it in themselves.”– Dr. Stephen R. Covey.

“Good leadership consists of showing average people how to do the work of superior people.”– John D. Rockefeller.

“Leadership exists when people are no longer victims of circumstances but participate in creating the new circumstances.”– Peter Senge.

“If your actions inspire others to dream more, learn more, do more and become more, you are a leader.”– John Quincy Adams.

“The key to successful leadership today is influence, not authority.” – Kenneth Blanchard.

“Courageous leaders are those who would rather challenge what needs to change rather than remain silent and slowly die inside.”– Robert Sutton.

“Leadership is not only having the vision, but also having the courage, the discipline, the resources to get you there.” – George Washington.

“Leadership is about empathy. It is about having the ability to relate to and connect with people for the purpose of inspiring and empowering their life.”– Oprah Winfrey.

“It takes courage to speak up against complacency and injustice while others remain silent. That’s what leadership is.”– Rosabeth Moss Kanter.

“Find the smartest people you can and surround yourself with them.”– Marissa Mayer.

“In the future there will be no female leaders. There will just be leaders.”– Sheryl Sandberg.

“Leadership is a series of behaviors rather than a role for heroes.”– Margaret Wheatley.

“Leadership is about making others better as a result of your presence and making sure that impact lasts in your absence.”– Sheryl Sandberg.

“I don’t go by the rule book. I lead from the heart, not the head.” Princess Diana.

“Do not wait for leaders. Do it alone- person to person.”– Mother Teresa/ St. Teresa of Kolkata.

“Leadership to me means duty, honor, country. It means character, and it means listening from time to time.”– George W. Bush.

“Effective leaders help others understand the necessity of change and to accept a common vision of the desired outcome.”– John P. Kotter.

“Leaders establish the vision for the future and set the strategy for getting there.”– John P. Kotter.

“Leadership is about coping with change.”– John P. Kotter.

“To lead people, walk behind them.”– Lao Tzu.

“A good leader walks the talk, takes responsibility and inspires others to also walk the talk and take responsibility.”– Sri Sri Ravishankar.

“Leadership is the capacity to translate vision into reality.”– Warren Bennis.

“Becoming a leader is synonymous with becoming yourself.”– Warren Bennis.

“No man will make a great leader who wants to do it all himself or get all the credit for doing it.”– Andrew Carnegie.

“Great leaders are teachers, they are not tyrants. They help their followers see and understand more. They inspire them to become more and motivate them to do more.”– Michael Josephson.

“A person doing his or her best, becomes a natural leader, just by example.”– Joe Dimaggio.

“A genuine leader is not a searcher for consensus but a molder of consensus.”– Martin Luther King. Jr.

“A leader is best when people barely know he exists. When his work is done, his aim is fulfilled, they will say we did it ourselves.”– Lao Tzu.

“Leadership is based on inspiration not domination, on cooperation not intimidation.”– William Arthur Wood.

“Great leaders are not best at everything. They find people who are best at different things and get them all on the same team.”– Eileen Bistrisky.

“Leadership is about taking responsibility, not making excuses.”– Mitt Romney.

“True leaders are the first to admit that they don’t know everything and that they need help.”– Bill Byrd.

“Great leaders are not defined by the absence of weakness but rather by the presence of strong strengths.”– John Zenger.

“The quality of a leader is reflected in the standards they set for themselves.”– Roy Kroc.

“The job of a leader is that when there is stress, the leader has to maintain all poise.”– Chanda Kochhar.

“The challenge of leadership is to be strong, but not rude; be kind but not weak; be bold but not bully; be thoughtful but not lazy; be humble but not timid; be proud but not arrogant; have humor but without folly.”– Jim Rohn.

“Leadership is hard to define and good leadership even harder. But if you can get people to follow you to the ends of the Earth, you are a great leader.”– Indra Nooyi.

“The courage of leadership is giving others a chance to succeed even though you bear the responsibility for getting things done.”– Simon Sinek.

“A good leader is a dealer in hope.”– Napoleon Bonaparte.

“Successful people become great leaders when they learn to shift the focus from themselves to others.”– Marshall Goldsmith.

“Great leadership usually starts with a willing heart, a positive attitude and the desire to make a difference.”– Mac Andersen.

Leadership is a trait that employers look for during recruitment process. By reading these quotes, you can get a fair idea about what leadership actually entails. 55 Ways to Save Money in India – Simple but Most Effective

Traditionally, Indians are consumerists. Every Indian female and male, regardless of age and income, is preoccupied with acquisition…
byAshwin Honawar A lot of us may have heard this famous quote by a noted Brazilian writer, Paulo Coelho. “When…
byPritam Nagrale 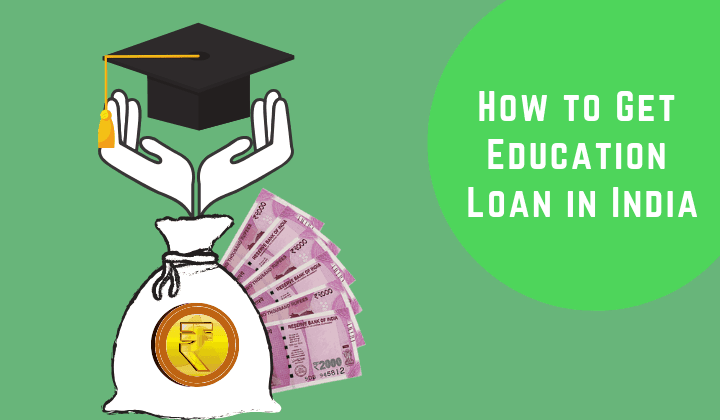 A Concise Guide for a Education Loan for Students in India

Higher education in India is getting very expensive. If you want to do medical or engineering from a…
byDilip Kelkar How to Find All Old NCERT Books Online?

Founded in September, 1961, the NCERT (National Council of Educational Research and Training) is an autonomous organisation established by…
byEditorial Staff