Top 20 GK Questions about India and Its States

Learn GK questions about India on hills, days, fairs, rivers, flags, and much more about India and its territory.

India is a country known for its diverse culture and history. It's loaded with unique people, destinations, and ideas for one to discover.

So It's almost impossible to know every unique thing about this country. The more you explore G.K questions about India, the more you find.

I researched and listed 20 quirky gk questions about India that can simultaneously amuse, excite, and startle you.

20 GK Questions and Answers about India

1. There is a hill in India known as an anti-gravity hill. Where is that located?

There are signs on the road that ask you to put your car gear on neutral. You will experience a force pulling your car in an upward direction. This mystery is nothing but an optical illusion. In reality, the slope is downwards, but the surroundings mislead you to believe it is upwards.

2. Which day is celebrated as Indian army day?

15 January is celebrated as Indian Army Day to commemorate Lieutenant General KM Cariappa. He took charge as the first commander-in-chief of the Indian army. This position was taken from Francis Bucher in 1949. Francis was the last Commander-in-Chief of India.

3. Which Indian president received only 50 percent of his salary

The first president of India didn't take his complete salary. Initially, he took only 50 percent of it. He donated 75 percent of his salary in the later years, keeping only 25 percent for himself.

4. Which is the largest animal fair in India?

Wires of the infamous Bandra-Worli Sealink in Mumbai equal Earth's circumference, and the weight is equivalent to that of 50,000 African elephants.

6. Science Day in Switzerland is dedicated after which Indian personality

26 May is announced as science day of Switzerland. It is the visit date of former Indian president Dr. APJ Abdul Kalam in 2005.

Yarlung Zangbo or Yarlung Tsangpo is the name of the upper stream of Brahmaputra river. It originates in the autonomous region of Tibet, China.

8. Who designed the current national flag of India

The Indian tricolor was adopted by the constituent assembly of India on 22 July 1947.

He proposed the initial design to Mahatma Gandhi in 1922, and it was later modified to the present form.

9. A market place in India is completely run exclusively by women. In which state is the market located

“Ima Keithel” in Imphal is known as the “Mother's market.” Women have run the marketplace for as long as the 16th century.

10. It snows in a village in south India. The unique place is situated in

Lamabsingi, a village in Andhra Pradesh, often receives snowfall during winter. It is located at a high altitude of 2702 feet. People also call it “Kashmir of Andhra Pradesh.”

11. What’s the name of the world's largest cricket stadium

Motera cricket stadium, also known as Narendra Modi stadium, is the largest in the world. It covers an area of 63 acres and has a capacity of 1,10,000.

13. India boasts of the highest helipad at the height of almost 22,000 ft. It is located in

Siachen Glacier lies in the Karakoram range of Kashmir near the India-Pakistan border. Siachen is a region of conflict and is guarded by the Indian army. The temperature here can go as low as -60 degrees celsius.

14. Which of the following is the world's first ever international university

Nalanda University in Bihar was the world's oldest university. Bakhtiyar Khilji destroyed it in the 12th century. He burned not just books but also Buddhist monks. He did everything to push Buddhism out of India.

15. Who is the first recipient of Rajiv Gandhi Khel Ratna award

Vishwanathan Anand is a world-famous chess player. Anand was awarded Khel Ratna in the year 1991.

16. Laccadive, minicoy and amindivi Islands were renamed in 1973 as

Lakshadweep in Malayalam and Sanskrit means “a hundred thousand islands.” They became a union territory of India in 1956 and were renamed in 1973.

17. Kathakali is a dance form associated with the Indian state of

Kathakali is an Indian dance form that is rooted in mythology. The elaborate costumes and make-up of Kathakali have become a popular symbol of Kerala.

18. Who is popularly called “ the Iron Man Of India”

19. Which one is the longest sea beach in India

Marina beach is India's longest and the world's second-longest beach. It runs the length of 12 km along the Bay of Bengal.

20. What was the summer capital of India during british rule

Shimla was the summer capital of British India by Sir John Lawrence. It was capital from the year 1864 to 1939.

I hope you enjoyed answering these. If you are preparing for competitive exams which require G.K., keep reading. These are just 20 questions, but there's a little more for you guys.

Click on this link to get a list of the best G.K. books you can buy for your exams.

Author
Suniti Katrela
Suniti is a very passionate writer who loves writing on topics such as education, languages, and the economy. She expresses her views and opinions while sharing her personal experiences through blogs and articles. 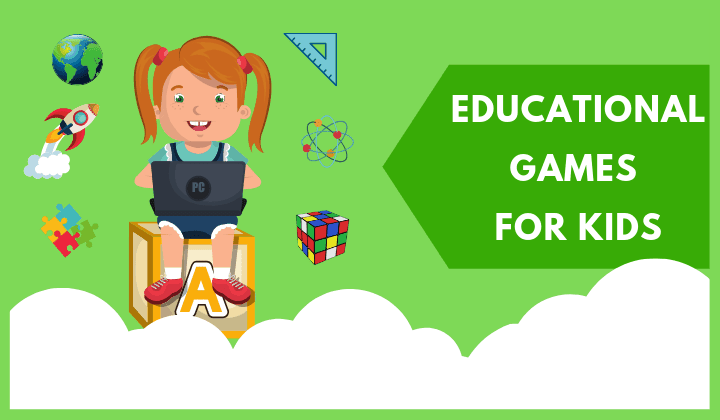 13 Best Educational Games Sites for Kids for their Academic Development

Kids are always a source of great joy to each one of us. But as parents, it’s also…
byEditorial Staff How to Find All Old NCERT Books Online?

Founded in September, 1961, the NCERT (National Council of Educational Research and Training) is an autonomous organisation established by…
byEditorial Staff
Read More

We all know that General knowledge or General Awareness is essential for all competitive exams. We have found some best books for general awareness to score well in your exams.
byEditorial Team