How To Join Merchant Navy?

The Merchant Navy is a non-combatant commercial fleet that deals with transporting cargo and sometimes passengers as well via ocean.

So, its fleet encompasses passenger vessels, carriers, tankers, liners and other special types of vehicles. A career in this field is whole of long voyages and adventure to exotic places.

The great thing about a career in this field is the chance to explore a number of places and also good salary is assured to candidates.

Generally, candidates are recruited for three main positions in Merchant Navy in India and they are Deck Officer, Engineer Officer and Electrical Officer. Here are the details about how to join these positions:

Growth prospects: Any candidate appointed to this position will begin as a deck cadet and on completion of the requisite examination and sea time the candidate will become third officer and then will become second officer. Then, he will become Chief Officer and can finally become the Captain of a ship.

On completion of these sessions, you will become eligible to apply for exam conducted by the Director General of Shipping.

On successful completion of this examination, you will be qualified for the position of the third officer. On the basis of experience gained and performance, you will be promoted as second officer.

After 18 months, you can take another examination to become Chief Officer. Then, a 12 month service in this position along with a Master’s examination will make you the captain of a ship.

Eligibility requirement: To apply with shipping companies for the position deck cadet, you should have the following educational qualification:

When you satisfy the above-mentioned qualifications, you can also apply to any Maritime Training Institutions in India for pre-sea training. Most of these institutions will have their own entrance procedures, while most of them admit candidates on the basis of the Indian Maritime University Common Entrance Test.

Candidates appointed to this position will be responsible for running engines and their maintenance. When a candidate becomes a chief engineer, he can earn a salary of Rs.3.5 lakhs per month.

Growth Prospects: Generally, candidates appointed for the engineering cadre will begin as Junior Engineer and then they will progress as fourth, third, second and finally chief engineer.

How to become an Engineering Officer? For candidates interested in becoming a Chief Engineer, the first step is a degree in mechanical engineering. On completion of mechanical engineering course, they will have to apply for a nautical training institution for pre-sea training for a period of 6 months. On completion of the six month period, the candidate will have to take up an examination to become a fourth engineer. If he performs well in this position, he will be promoted as third engineer on board. After serving in this position for 18 months, and again taking an examination will take the candidate to the second engineer position. Again, after 12 months, another examination should be taken to become a Chief Engineer.

Eligibility requirement: To apply for pre-sea training with a Navel institute to become eligible for the position of engineer officer, it is important to fulfill the following qualification requirements:

All the above-mentioned qualifications are important to apply to a nautical or maritime training institution.

Growth prospects: Candidate will begin his career as a trainee electrical officer and then will be promoted to Assistant Electrical Officer and finally will become an electrical officer. All these promotions will be given on the basis of the experience and performance of candidates on board.

Candidates with these qualifications can apply to a maritime training institution, wherein written test, medical test and psychometric test will be conducted for admission.

Once they gain admission, they will be given four months training as per STCW norms. STCW stands for Standard of Training Certification and Watch Keeping, which is mandatory for sea staff.

If you are interested in sea voyage and if you love to earn a position in a prestigious field, Merchant Navy is something lucrative for you. In addition, you can also earn attractive pay.

Of course, you will have to be away from your family and will be on the sea most often. So, decide on your likes before applying for a position in the Merchant Navy.

Author
Pritam Nagrale
I started affiliate marketing in India when only few of the people in India have heard about this term. A successful digital marketer and blogger from Mumbai. Founder of DMatic Digital, a company that provide digital marketing training & services. Psychology though it is a very old knowledge discipline, it is also a young science. Study of psychology…
byEditorial Staff Worried about what to do after 12th? explore the ultimate guide for career-oriented courses after 12th for Science, Commerce & arts which helps to pursue your career.
byEditorial Team 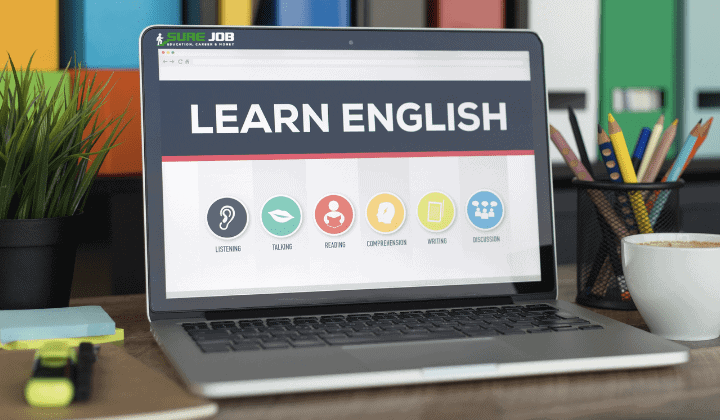 English is the most widely spoken language in the world (According to Statista). More than one billion people…
byRakshita Upadhyay
Read More

SAP is one of the largest software companies in the world and it worth over $30 billion. You…
byAshwin Honawar