25 Most Toughest & Dangerous Jobs in India

There are the most dangerous jobs in India where people risk their lives to save our lives. You must know some of the most toughest and risky jobs in the country.

There are some jobs that could be fatal to your life. This article would like to list the 25 most dangerous jobs in India and the world.

There are specific jobs where people risk their lives to save our lives. You must know some of the dangerous jobs in the country.

If you like to go for one of the 25 dangerous jobs mentioned below, you are most welcome. It could be adventurous for you.

If you don't like the job, you could request the people working for these dangerous jobs.

So here is the list of the 25 most dangerous jobs in the world.

The first most dangerous jobs on the list are a firefighter. You have to be ready for any eventuality.

Any time a call could come, you have to be ready in seconds. Firefighters have to get inside the burning building and save people's life. Some of them die.

Construction workers have to work on high buildings or skyscrapers. And it is hazardous because there are many accidents where workers fall from the top and die.

Stunt performers perform every action sequence in the film, which is very dangerous. Many stunt performers have died; some have insurance, and some don't.

An average stunt performer in India could make a few lakhs per film.

Walking in a vacuum is very dangerous. There is no atmosphere, so there is no oxygen and pressure outside.

Hence, you must wear a spacesuit, and if there is even a single hole or puncture while performing a spacewalk, you may die.

Similarly, there is a danger of fire in the spaceship every time. Astronauts make thousands of dollars every year.

If there is a natural disaster like a flood, cyclone, or hurricane, you have to search and rescue operations.

These operations are hazardous because of bad weather. Your chopper or plane might wander away and crash somewhere.

Job is dangerous. There could be a power leak in the line while working on it.

Police officers and constables have to deal with thugs and the most vicious criminals in society. Sometimes you have to open fire, and you might die in exchange for the other side.

I was in Nepal to climb one of the mountains in the Himalayan range. I came across mountain guides who guide all mountaineers to climb a peak.

The job could be dangerous if you don't know about climbing too high.

Crude iron is melted in a furnace where temperatures can reach 2000 to 3000 degrees Celsius.

And metal crafters have to pour this molten iron into another container. If something goes wrong, then molten iron could fall on the workers, and they might die.

So this is very dangerous.

The army needs to lay down land mines during the war to blow up the enemy's tanks and other vehicles.

However, after the war, you got to remove those land mines during peace times, and the job could take your life.

E-waste is things like waste parts of computers, mobile phones, and other tech gadgets.

The waste materials could be hazardous to your health. The e-waste recycler makes significantly less money, like Rs 8000 to Rs 12,000/-

Fishers have to go deep inside the sea to catch fish. Sometimes weather is so bad that fishers never return to the shore.

Every year hundreds of fishers die or never return to the shore in the country.

Chemical and gas factory workers face many life-threatening challenges like iron and steelworkers.

Hundreds of workers die in these factories daily because of the lack of safety measures.

Constructions helpers are like their workers, which is also a dangerous job. Many lives are lost as construction helpers.

Street sweepers' sanitation workers face many health problems because of the nature of their work.

They die early because of a lack of sanitation and healthcare facility. They make significantly less money, like Rs 6000/- to Rs 7000/-

Workers who work in slaughterhouses and other meat packaging industries live a dangerous life.

Working with intelligent machines for cutting and chopping could lead to unforeseen accidents. That is why this job is hazardous.

Truck and other transport drivers have to travel long distances, and sometimes they have to go dangerous places where there is no security.

They may get robbed or even get killed. Hence the job is quite dangerous.

A soldier's job is muchly respected, but it is pretty dangerous. You have to go to war, and you might lose your life.

Terrorism and global disorder always make the life of a soldier very dangerous.

Roofer fixes the rooftop of your home. This job could be dangerous because they need to climb high to fix tiles on the house.

You get injured if you do not pay attention.

Politicians, celebrities, and other famous & influential people need bodyguards. The job is challenging because you need to protect them from any danger.

If there is a shooting, then you have to pull a gun and shoot back. This could be dangerous to your life, but the money is excellent.

Circus performers have to do daring stunts like taming a lion or putting ahead inside a crocodile's jaw. These acts could be dangerous.

Beasts like elephants or lions could kill them in minutes. So the job of a circus performer is hazardous.

Being a farmer could be challenging in this country. Farmers may not die like firefighters or soldiers; however, if the crop is not good, they have to live a terrible life.

On average life of a farmer is quite tricky.

The pilot of an airliner has a very dangerous job on his hands. As you know, a Malaysian Airline crashed in the South China Sea, and all on board were dead.

So as a commercial pilot, you could make a lot of money, but the job could be dangerous. Even the life of a fighter pilot is very dangerous.

Logging workers or people who cut trees, called lumberjacks, is a very dangerous job. Machines they use could be very dangerous if they don't know to use them.

They cut a tree in seconds; hence the danger is very imminent.

The last dangerous job on our list is operatives and detectives. You are an undercover agent and must collect information through spying.

If you are caught, then you are dead. Hence the job is very dangerous because you cannot take risks.

So these were the top 25 dangerous jobs in the world. Some of them you can try, and some you would not like to work for. Most of the jobs mentioned above are private jobs, and only a few of them are government jobs. 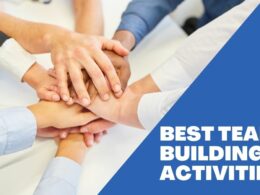 Samples and Tips For Your Resume Objectives

While writing a resume, some job seekers prefer to mention the objectives on their resumes, rather than putting…
byPritam Nagrale Top 10 Common Yet Most Different Types of Interviews

Overall these years, I’ve attended numerous different types of interviews. Obviously, I was successful at some while failing…
byEditorial Staff
Read More

French ranks 14th on the Ethnologue list of world’s most widely spoken languages. However, it ranks fourth as…
byEditorial Staff