Education is the place where learning begins but ends nowhere. It plays a pivotal role in moulding the overall Indian society. With this motive, on April 1, 2010, India adopted a landmark law that makes it compulsory for all girls and boys between the age of six and 14 years to get a free education.

Called the Right to Free and Compulsory Education to children or RTE, it forms part of The Constitution (Eighty-Sixth Amendment) Act 2009, inserted in Article 21 of Indian constitution. Early Moves for Right to Education

Literacy rates could have been much lower than 12%, were it not for social reformers and Indian businessmen. These reformers made people realise the importance of education and how it impacts the overall development of the country.

They believed that people of the Indian subcontinent could rid shackles of oppressive British Raj by educating common people.

This saw the emergence of primary schools run by charitable organisations. However, efforts of social reformers and businessmen were limited for geographic and logistical reasons.

Not much activity occurred immediately after the formation of India on August 15, 1947. The newly born country witnessed several problem in education system including an influx of refugees from what are now parts of Pakistan, the first Indo-Pak war, uncertain economy and vacuum caused by the exit of British rulers.

However, Indian leaders of the years realised that education holds the key to the progress of the country. While they continued with education system imported by British colonials, the Indian government took solid steps towards the right to education.

Right to Education is a Reality

Hence, the Constitution of India guarantees Right to Education in various articles. It prohibits denial of education to any female or male on the basis of colour, race, ethnicity, place of origin, age, caste, creed or any other factor.

The Constitution of India also calls upon the government to enact laws and take steps to ensure education is available for all as a fundamental right.

After the formation of states, the responsibility of providing education for all was handed over to their governments.

For nearly six decades, Right to Education in India was not very rigidly enforced. Consequently, families without many financial resources avoided admitting children to schools.

In fact, most impoverished families looked upon children as a source of income and made them work at construction sites, street-side eateries, factories and sweatshops.

Worse, more impoverished families sent children to beg or sold them off to human traffickers.  The RTE +act is expected to reduce the incidence of parents keeping away their children from education.

Main Features of Right to Education (RTE) in India

Right to Education in India has won acclaim with the United Nations and foreign countries. This is because the Act contains several clauses that are introduced in the world.

Aims and Objectives of the RTE Act in India

Dismal literacy rates in India is the main reason for the RTE Act to be implemented. Its objectives therefore are

Education in India has undergone several upheavals. Ancient Indians laid a high emphasis on education. Consequently, there were several ‘gurukuls’ or organised schools run by scholars.

British colonials started opening schools and institutes of higher education with a single objective: providing a workforce for administrating the subcontinent.

While British rulers deserve credit for sowing seeds of today’s education system eradicating ‘gurukuls’ caused massive illiteracy in India. This is evident from the fact that in 1947 when the country India was carved from the Indian subcontinent, literacy rate stood at a pathetic 12 %.

Challenges to Right to Education

There are several challenges to the implementation of RTE in India.

A particular clause of RTE ensures that 25% seats at private schools are reserved for free students. The law also bans schools from levying a capitation fee on students.

Those found violating this clause are liable to face stiff penalties, including fines up to 10 times of the amount of money charged as capitation fee.

A flipside here is, children from needy families can get discriminated by wealthier classmates studying at private schools. While teachers and schools can be penalised for discrimination of any sort, there is no system to monitor similar actions by wealthy students.

Educating children in tribal belts of India remains a massive challenge. This is due to the lack of infrastructure such as schools in the area and finding educated members of various tribes to serve as teachers.

There are also logistical issues such as opening schools that are accessible by students from tribal belts, due to remote locations.

The Beti Bachao, Beti Padhao (Save daughters, educate daughters) is an integral part of RTE. It was launched with two objectives: to prevent female foeticide and to get parents to send their girl children to school under RTE.

It also provides incentives to parents that send their girl children to study.

India’s RTE Act is indeed unique. It covers a size of population unsurpassed in the history of the world. Though sufficient strides have been taken to provide education for all, some grey areas persist due to geographical features of the country. 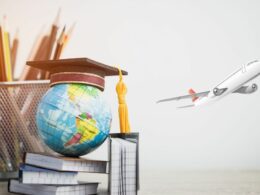 How to Study Abroad for Free? 10 Best Strategies

Education is not a commodity, yet in most parts of the world, it has become one. In many…
byAstha Rathoad August 22, 2017 will remain a landmark for women empowerment in India. On this day, the Supreme Court…
byAshwin Honawar