Living and working in foreign countries is rapidly losing charm for Indian citizens. There’re several reasons for that. Already, over 17 million Indians live and work abroad.

Countries such as USA, UK, Australia, New Zealand, Canada and to some extent, Portugal rank as top favorite among Indians to live and work. However, tighter visa rules in most countries make it nearly impossible for even highly qualified Indians to find jobs and work there.

7 Best Countries to Live and Work for Indians

The list of countries below is providing excellent opportunities for Indian citizens. Furthermore, some countries are relaxing their visa regulations for Indians to ensure more people from this country land on their shores for work.

With Gross National Income (GNI) of US$116,799, Qatar ranks the top of my list for best countries to live and work for Indians.

There’re other reasons for my ranking it at No-1. India and Qatar traditionally enjoy excellent bilateral relations in every sector. In fact, the largest resident community of Qatar consists of expatriate Indians.

About 700,000 Indians work and live in Qatar and make up for one-fourth of the population of the Arabian Gulf nation. Since 2017, the Qatar government has been relaxing Visit, Business and Work visa rules for Indian nationals.

Qatar Airways operates direct flights between Doha and about a dozen Indian cities.

While Qatar welcomes Indian citizens to work, finding a job in this prosperous state isn’t easy. The Arabization policies make sure that all top jobs go to highly qualified Qatari citizens.

Cost of living in Qatar is fairly high. However, expatriate Indians can expect a good salary if they find the right employer.

Qatar is a very progressive Arab nation. Hence, it has an ultra-modern infrastructure. Qatari people are friendly and welcome Indians.

United Arab Emirates remains a top destination for Indians wanting to live and work abroad since the Gulf Boom of 1970s and 1980s.

At the time, Indian workers of all types would go to seek their fortunes in Dubai- one of the seven emirates that constitute the UAE. Migration to the UAE or specifically Dubai was mainly due to jobs created by the oil industry and its resulting prosperity.

While Dubai remains top favorite among Indians, UAE as whole is one of the best countries to work and live.

While Dubai and Abu Dhabi are world class cities, the Emirati government is now focusing on development of five of the emirates where upgrade of infrastructure and other facilities are necessary. This is generating lots of jobs for Indians.

The UAE encourages Indians with all skills to come and participate in development of the country. Furthermore, UAE also issues Visit, Business and Work visas to Indians fairly easily.

The country has a large Indian diaspora which makes life there a pleasure. There’s no shortage of entertainment avenues. Pay scales compare well with those in Europe and US, if you have the right skills.

Belgium is a wonderful country and member state of the European Union. It is strategically located near the Netherlands, France, Germany and Luxembourg. The Belgian port city, Antwerpen has a major diamond bourse that serves the world.

Currently, over 7,000 persons of Indian origin live and work in Belgium. They constitute the third largest number of migrant workers, with the first two positions taken by the Dutch and French respectively.

Getting a work visa to Belgium isn’t very easy. The country has to comply with European Union and Schengen Treaty laws while hiring foreign workers from non-EU countries.

The Euro is official currency of Belgium. Living in Belgium is relatively economical compared over its neighbors Germany and France.

The small island state, Singapore is popular among Indians as a tourist destination. At the same time, Singapore is also one of the best countries to live and work for Indians.

Singapore shares the title of business hub of Far East Asia along with Hong Kong. Therefore, there’s no shortage of jobs for Indians in Singapore.

Indians are part of Singaporean society since centuries. Indeed, the name Singapore itself traces its origins to two Sanskrit words ‘singha’ or lion and ‘pura’ or city.

Hence, Indians will feel very much at home in Singapore. The climate of Singapore is also somewhat similar to coastal India- tropical.

Singapore isn’t exactly liberal with work visas for Indian citizens. However, if you have the right qualifications and skills, its fairly easy to land an excellent job in this island nation.

The cost of living is fairly high but so are salaries. Singapore has world class facilities. The Geylang suburb of Singapore is home to most expatriate Indians though the majority are from the state of Tamil Nadu.

Till recently, going to Brazil was a distant dream for any Indian. Admittedly, it does involve two long flights including a transit. In late 2019, the Brazilian government began extending the visa-on-arrival facility for Indian citizens.

That’s because India is member of the five nation BRICS community. And the country wants to welcome Indians that have the right skills to help develop its various sectors.

According to the Indian diplomatic mission in Sao Paolo, there’re about 9,500 persons of Indian origin in Brazil. Majority of them reside in Sao Paolo which is also the financial hub for the entire South America.

Additionally, several Indian companies, especially from pharmaceutical and healthcare sector are opening operations in Brazil. This would send the number of Indians working and living in Brazil soaring higher than the present figure.

Brazil is a multi-racial, multi-ethnic and liberal country like India. In fact, majority of Brazilians would think you’re their compatriot due to skin color and appearance.

Brazilians are warm and welcoming. Hence, you would enjoy the stay in Brazil. Cost of living in Brazil isn’t that high unless you wish to calculate your spending in Indian Rupees. The Brazilian Real fetches a good price against the US Dollar.

Actually, Brunei Darussalam has a small population of just about half-a-million locals. Among these are about 10,000 expatriate Indians.

Since the country has a small indigenous population, it depends heavily on migrant labor to handle some of its core sectors.

Internet Technology and Computer Sciences, medicine and advanced engineering are some skills that will come handy if you wish to find a job in Brunei Darussalam.

Salaries in Brunei Darussalam for expatriate Indians are extremely high. The Brunei Ringitt or Brunei Dollar also fetches a very attractive exchange rate against the American Dollar and other global currencies.

Cost of living in Brunei Darussalam compares well with other Asian nations. Hence you can save a lot of money.

Indians are no strangers in South Africa. Indeed, they’ve been living in South Africa much before the much-hyped tour by Mahatma Gandhi and launch of the non-violence movement.

The expatriate Indian community in those days was mainly traders and merchants. However, all that is rapidly changing today.

For one, South Africa is a member of the BRICS. And various parts of South Africa are in various stages of development.

While there’s no shortage of skilled manpower in South Africa, the country does rely on India for providing experts in various fields such as IT and healthcare, among others.

Hence, you won’t feel like the odd person out while in South Africa. The nation’s currency, Rand, is fairly strong while cost of living is very affordable.

South Africa has several Multinational Companies (MNCs) operating from its soil since decades. Hence, you can find a job here easily. The country is extremely beautiful and a nature lover’s delight.

These seven are the best countries to live and work for Indians for several reasons. The charm of living and working abroad is now fading away for most Indians.

Given these and other reasons, most Indian workers, especially those with higher qualifications and experience shun living and working abroad, unless absolutely necessary.

There could be any reason you wish to live and work abroad as Indian. If that’s indeed your case, consider these seven countries where you’ll be able to find excellent jobs with relative ease.

There’s no point in trying to find jobs in countries that are already overcrowded with migrants looking for jobs. Furthermore, a lot of nations are also tightening rules for granting their citizenship to persons of foreign origin.

The same applies to Indians too. Hence your dreams of acquiring foreign citizenship might not realize so easily. The best country to live and work for Indians are those where you won’t face many problems. 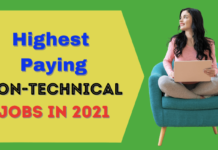 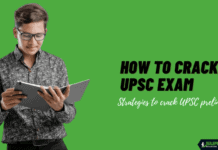 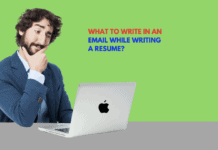 How to Write Leave Application: Tips and Samples for Leave Letter