How Safe is Your Money with Banks in India? Here You Will Get Answer

Or someone that committed suicide or even suffered a heart attack because they lost lifetime savings kept at some bank.

As you would know, these are real-life stories that we read on newspapers or watch on TV. And why do they occur? Because banks in India are frequently hit by scams and frauds.

Unfortunately, scams and frauds that affect banks in India affects millions of people every year. And you could be one among those too. Unless you’re careful with your money, that is. Bank scams and frauds don’t affect only their customers. Indeed, they have a negative impact on several other people as well as industries.

A customer is unable to withdraw money from their accounts for daily needs or even medical emergencies. They’re unable to pay fees for educating their children or get the money they would save for buying that dream home or for marriage.

Worst hit are people that invest large amounts in Fixed Deposits just because one bank promises to pay slightly higher interest than others.

Sadly, senior citizens and retirees who invest savings of their lifetime because some bank offers half to one percent higher interest are worst hit when a bank gets hit by scam or fraud and has to suspend or close operations.

A scam directly affects the bank’s shareholders. Stock prices of the scam or fraud hit bank come tumbling down on the stock exchanges. Once reports of a scam or fraud get into the news, shareholders rush to sell off their stocks. As a result, the once profitable stock begins losing value.

It also impacts investors in Exchange Traded Funds (ETFs) and Mutual Funds (MFs). That’s because an ETF or MF could have invested in stocks of the affected bank.

In fact, lots of ETFs and MFs in India invest part of their money taken from the public on buying Mutual funds and bank stocks because they’re profitable.

When stocks of a bank start spiraling downwards, the value of your ETF and MF investments will also nosedive. Even a highly adept Fund Manager handling an MF from a respectable Asset Management Company (AMC) can do little to prevent this downward slide.

The business sector is worst hit when a scam or fraud hit bank suspends or stops operations. Companies that hold accounts in the scam-hit bank are affected since they might be unable to operate their accounts for regular transactions.

Hence, they’re unable to pay suppliers or receive money from customers unless they have secondary Current Account at some other bank.

As a result, a business might find itself unable to pay salaries or even rent for their offices or other facilities.

If we look at the broad picture, a bank scam or fraud affects the entire Indian society directly or indirectly.

How? Continue reading. I’ll show you with facts and figures how bank scams affect us.

If you think that frauds and scams are rare in India and happen occasionally, think again. Here’s why.

Major Public Sector Undertaking or nationalized banks, private and cooperative banks as well as the new generation Small Finance Banks were affected by scams and frauds, the RBI report adds.

By Q2 of fiscal year 2019-2020, the amount stood at staggering Rs.72.5 billion. About 90 percent frauds were at nationalized banks- which is something shocking.

While every bank implements stringent rules and regulations prescribed by RBI, scammers and fraudsters often find a ways and means to overcome these.

Given this scenario, you’ll definitely wonder: how safe is your money with banks in India. In this article, I will try and answer this important question.

There are countless reasons for bank frauds. These include lax vigilance of internal systems, frauds in Know Your Customer (KYC) documents by customers and lots more.

How Safe is Your Money at Banks in India?

Under existing laws of India, all commercial banks operating in this country- including foreign banks- have to get a license from the Reserve Bank of India and other relevant departments of the Indian government.

Therefore, every bank has to insure itself with the Deposit Insurance & Credit Guarantee Corporation (DICGC), a subsidiary of the Reserve Bank of India. Remember, no bank can operate in this country without an insurance from DICGC.

Role of DICGC & Safety of Your Money

DIGCG covers all your Savings, Current, Recurring Deposit, Fixed Deposit and every other account you hold at any bank in India.

However, DICGC will pay you only a maximum of Rs.100,000 per account if the bank has to close down for any reason.

Let me explain this further.

Though DICGC insures every bank and their depositors, getting the Rs.100,000 or lesser usually takes some time. Therefore, I suggest you read these guidelines of DICGC to know how safe is your money with banks in India.

As the above information clearly indicates, you will get only a maximum of Rs.100,000 per account if a bank closes down for any reason.

If we read news reports from the above links, it will be very clear that all banks in India are prone to fraud. However, there’s one bank which has never been the victim of any fraud.

Guess which bank is that?

However, this doesn’t mean that you should close all your bank accounts and rush to open an account here.

You might not believe this, but India Post Bank or what’s now known as India Post Payments Bank (IPPB) has never been hit by a major fraud or scam.

There’s a simple reason for this: India Post Bank/ IPPB doesn’t lend money or give any loans. The bank offers only deposit services. Meaning, you can open a Savings, Fixed or Recurring Deposit account or get other savings schemes from IPPB. But no loans of any kind.

Interestingly, India Post Bank is the largest non-lender bank in India. It has over 155,000 branches across the country that operate from post offices.

However, India Post Bank or IPPB has yet to offer several digital banking services that are common with other banks. This is being done in phases.

Coming back to the question, how safe is your money with banks in India. I would say your money is very safe. If we read newspapers carefully, it will be clear that bank frauds haven’t really affected any customers.

Despite such a high number of frauds, it’s very rare that customers of a bank are seriously affected.

Obviously, banks try their best to avoid frauds and prevent any problems for their customers. Customers too can help in their efforts by providing proper KYC details and ensuring their account information doesn’t leak into wrong hands.

Some customers spread out their accounts over several banks as a safety measure. This might help to some extent, if you’re willing to undertake the hassles of maintaining countless bank documents and meeting minimum balance requirements of every account. 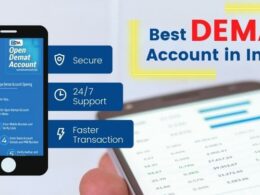 10 Best Demat Accounts in India | Start Your Investment in 2022

A detailed guide to know how to choose the free and top-rated Demat account for trading in the share market and check out the essential factors (Features, Rating, Key points) of a Demat account.
byAstha Rathoad 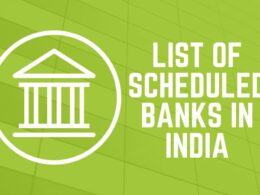