Most people in India don’t know the meaning of the word ‘career’. And fewer people know the vast number of amazing career choices that educational institutes and employers in India have on offer.

The result is disastrous: most millennials end up with the wrong qualifications and are unable to create an excellent career for themselves.

Are you among one such an Indian that doesn’t know what is the meaning of the word ‘career’? And don’t know about the very large number of careers that are available in India? 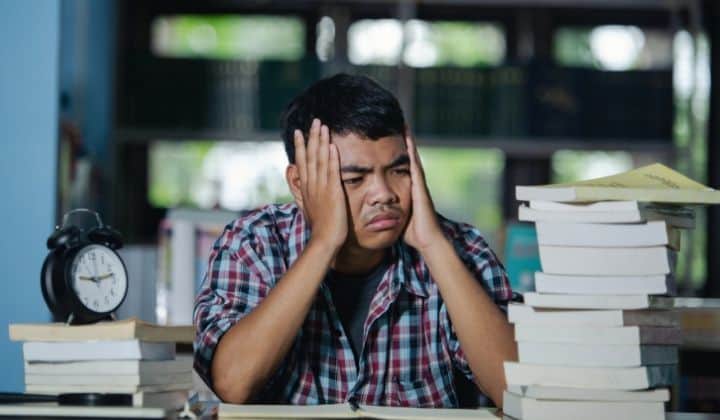 Regardless of whether you’re a parent selecting a career for your child or a student that doesn’t know what career to choose, this article will help clear all your doubts.

Therefore, I’ll begin by telling you what’s the exact definition of the word ‘career’.

In the simplest words, career covers every part of your life: family, education, social status, profession, and finances.

The exact definition of career is the actions and progress of an individual throughout their life, especially at a specific profession or occupation. It consists of types of jobs and positions one holds in the occupation over a period of time.

There are five main words that stand out from this definition. They are: action, progress, life, position, and profession.

In simplest words, career means the actions you take to make progress in your life to reach higher positions in every sphere in your chosen profession.

The higher positions relate to your standing in the family and society, financial status and level of happiness.

Understandably, this might sound very complex. Let me assure you, it is very simple.

As yourself: why do you study a particular course? It is to ensure you enjoy a superb life in every aspect.

Therefore, it is extremely important to select the right career even before you leave school.

Why that doesn’t happen? Here’re some of the reasons.

Most people blame various situations but never find fault with themselves for making a wrong career choices. The world around us is evolving even as you read this article.

Therefore, there’s no point in blaming economic scenarios, the Indian education system or for that matter, government policies for failing at a career.

Therefore, here’re some reasons why parents and their students- which could include yourself- make wrong career choices.

The majority of Indians have a wrong notion that certain educational degrees are very prestigious and will secure an excellent future for themselves or their children.

Consequently, parents spare no effort to harp on virtues of becoming an engineer, doctor, architect, Chartered Accountant or Master of Business Administration (MBA) to their children.

While doing so, most parents remain blind to the realities of the job market. They prefer their kids to hold prestigious degrees that are far away from job market demands.

This pressure by parents on their children to become a doctor or engineer or opt for another so-called prestigious degree often borders on coercion.

Parents ignore the inborn skills of their child and force them into professions for which they lack interest and skills.

And if you think I’m unduly blaming parents, here’re some facts and figures.

2. Lack of Awareness on Career Options

Over 93 percent of Indian students and millennials between 17 and 21-year age know about only seven career options in India, a survey by Mindler, online career guidance, and counseling organization shockingly reveals.

In fact, educational institutions and employers in India have as many as 250 career options on offer at any point of time.

Of the 10,000 youth respondents of Mindler survey, 23.52 percent would consider engineering, 11.81 percent for accounting and finance, 9.56 for computer applications, 8.08 percent for medicine, 6.71 percent for management, 6.06 for designing (including architecture) and 4.38 percent for the law.

This ignorance about other careers primarily is the direct result of poor career counseling. Most educational institutes in this country don’t have career counselors. Hence, parents assume this role without having adequate knowledge.

And the results of usually disastrous.

Unemployment or joblessness and working on poor salaries is the first, direct and most severe impact of a wrong career choices.

Over 300,000 students graduate with MBA every year from about 5,500 business schools in India. Yet, only seven percent of MBAs are employable because they lack skills typical to the degree.

Only six percent from the one million engineering graduates in India have skills that can get them any suitable jobs, says a report published by a leading financial daily.

About 55,000 students graduate with medicine degrees every year from so many medical colleges across the country.

However, there’re more than 200,000 unemployed doctors in India. One can make a good career in the medical field with proper clinical skills and with a knowledge of modern day medical practices.

It’s very prestigious to be known as an MBA, engineer of add the prefix ‘Dr.’ to your name. But if you’re jobless and can’t use the degree, you’re a failure in the chosen career. Because you chose the wrong career in the first place.

Financial problems are just waiting around the corner to trap anyone that makes wrong career choices. How’s that, you might wonder.

During the financial year 2018-2019, nine percent of education loans given by nationalized banks in India became Non-Performing Assets (NPAs), according to the Indian government.

The Indian Banks Association says the highest default rates for education loans are from nursing students- at 21.28 percent. The next highest default- 9.76 percent is by engineering students followed by 6.06 percent from medical students and 5.59 percent by MBA students.

In stark contrast, students pursuing other careers had a total default rate of only 9.09 percent.

Indian students borrowed whopping Rs.104.09 billion from banks as education loans. Inability to find jobs due to lack of skills and to some extent, higher interest rates are to blame for this colossal loan default rates by students.

At the same time, the rising cost of education means students are taking larger loans from banks.

The inability to repay education loans and default creates severe financial crises for a millennial. Firstly, defaults ruin their credit score, which is now a decisive factor for getting housing and other loans in the future.

This translates as difficulties in buying a house, marriage and other important events of life.

Yes, it does. A large number of medical studies worldwide link unemployment to various forms of mental disorders. While some of these mental disorders are simple and can be overcome by counseling, others require proper psychiatric intervention.

From the facts I present above, it is clear that a wrong career choices leads to unemployment.

And that’s not all. Unemployment due to wrong career choice combined with the inability to repay education loans has an even greater mental impact on a millennial. Studies abroad prove this completely.

Consequently, you might fall victim to some serious psychiatric disease that requires complex and long-term treatment. Loan related problems also distract a person from working properly on whatever job they may hold.

Here’s another unfortunate feature of selecting the wrong careers. Unemployment accounts for 2.5 percent of all suicides in India and its evil effects, says the National Crime Records Bureau (NCRB).

The latest figures on the number of Indians that committed or attempted suicide is not yet available.

However, a shocking report by leading English-language daily says, an average of 15 Indian women and men, as well as minors (below 18-year age), fall victim of suicide for various reasons.

Actual figures of suicide due to unemployment could be even higher. A Lancet study on suicides in India claims 230,314 minors, women and men in India were victims of suicide in 2016- which is almost twice that or the NCRB figure.

Further, 3.3 percent of all suicides in India in 2016 was due to the inability to repay loans and bankruptcy. Additionally, 2.7 percent suicides the same year were due to alcoholism and drug addiction while about two percent were due to failure at examinations.

If one examines these figures closely, you’d definitely find some link between the wrong career choice and suicides.

As you can see, choosing a wrong career can cause immense problems for your child or yourself. Hence, the best thing to do is to avoid looking for prestigious careers.

The second is finding out trending and emerging careers. Often, trending careers have a better scope than traditional favorites.

And finally, never choose a career due to any external pressures or coerce your child into a specific course because as a parent you feel it’s better for your child.

How to Get Success in SBI PO Recruitment